Stoke Rivers church was built in the fifteenth century, in the perpendicular style.

The upper section of the tower was added later.

The north wall and the tower still have the original windows, those in the south aisle and the tracery window in the tower were replaced in 1832, when the roof was replaced.

The font is difficult to date, as it is undecorated. As it is lead lined it is most probably of fifteenth century origin.

The wooden dado dates from 1769, and the barrel ceiling was built when the roof was replaced in 1832.

The pulpit is made from finely carved Renaissance bench ends. There is a C17 Jacobean chest and an antique bobbin chair, the gothic style lectern is a modern addition.

The original bench ends, the screen and other fine carvings were bought by Earl Fortescue in 1902 for Weare Gifford Church and Hall. Stoke Rivers church was restored and reseated in 1905 with 116 seatings.

The peal of five bells dated 1784 were restored 1883. The bells have not been rung for over 50 years, and have recently been lowered from the tower for safety reasons. 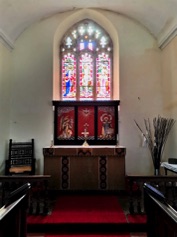 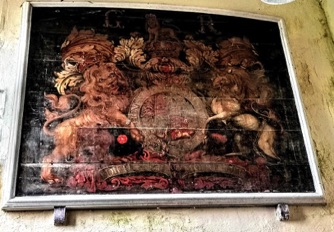 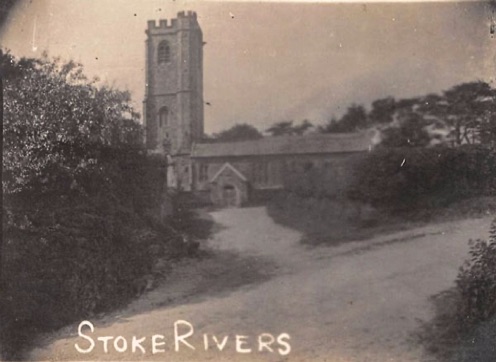 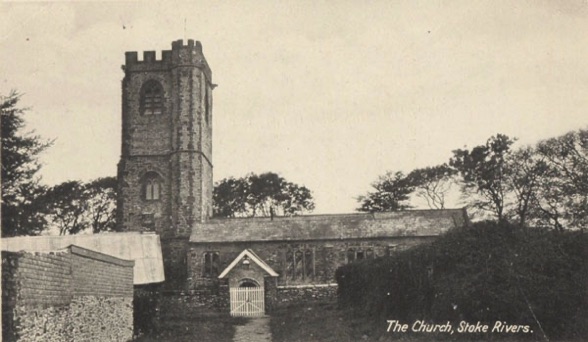 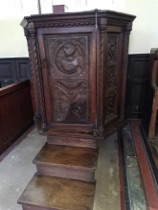 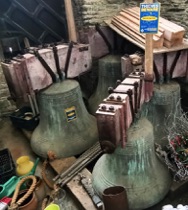 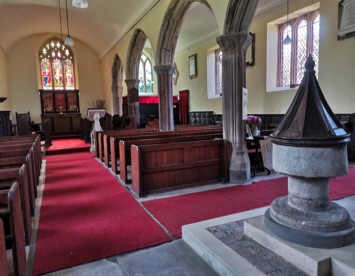