Loxhore church is  situated in what is known as Loxhore Town, one of three settlements that, together with outlying farms, comprise the parish of Loxhore.

Little remains of the original church, apart from the bases of the pillars in the nave, and the piscine within the south wall of the chancel.

The church was rebuilt during the fifteenth century, and had been restored several times since. The church is small, consisting of the nave, chancel, north aisle and tower. Originally there was a tympanum between the nave and chancel.

The chancel has two good lancet windows and an unusually narrow two-light east window. The aisle is divided from the nave by three bays of arch-less wooden piers.

There are wagon roofs throughout with flower and leaf bosses.

The font is octagonal, though quite plain. The bowl is set upon a thick shaft with a single band of moulding. The sixteenth century cover has a crocketed top with decorated cable bands.

The tower is two-stage embattled, with pinnacles. It contains six bells which have quite recently (1999) been refurbished and are now in good ringing order. They are small and light, and therefore not easy to ring well.

There are several interesting memorials to the Carpenter and Hammond families. The quaint brass on the north wall of the chancel to Richard Carpenter (1627) is curiously inscribed in several types of lettering. The excellent memorial to Edward Hammond (1614) in the north aisle is decorated with cherubs and an urn.

The Royal Arms of Queen Anne are on the west wall of the aisle. 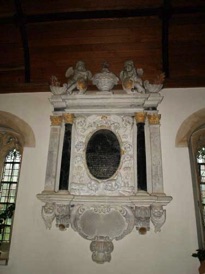 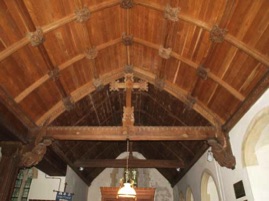 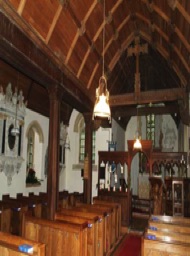 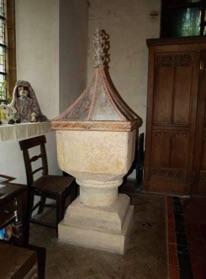 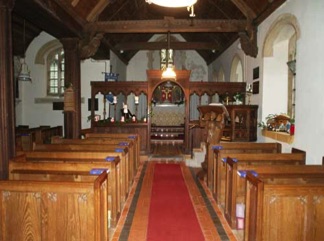 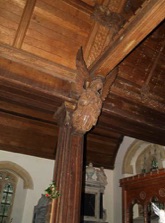 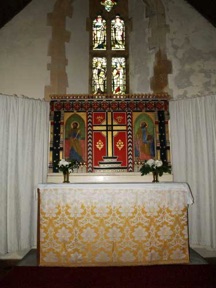 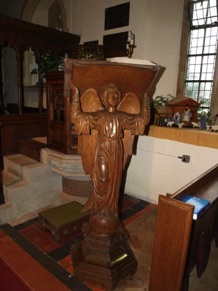 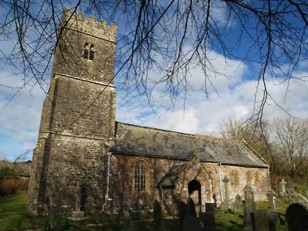